Roland Rad is also director of the Institute of Molecular Oncology and Functional Genomics at TUM (www.imo.med.tum.de).

We study the molecular processes underlying cancer development and its metastatic spread. Our overarching goal is to better understand the biological basis of cancer in order to advance cancer therapy. 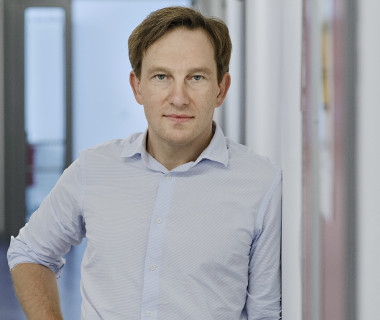 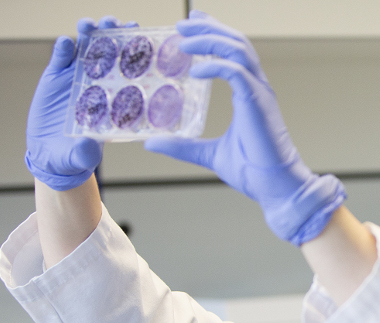 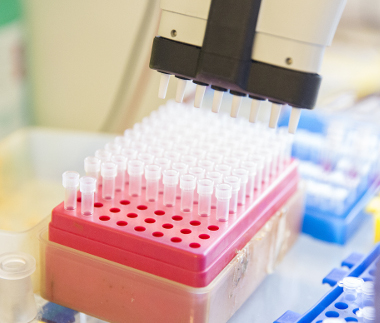 Our research is focused on gene discovery, functional gene annotation and signalling in cancer. We are developing and deploying genetic tools to study molecular tumourigenesis and to identify vulnerabilities that can be exploited for therapeutic targeting. Examples of our approaches are briefly described below.

For decades a major bottleneck in cancer research has been the difficulty to identify genetic alterations driving tumourigenesis. Recent advances in next-generation sequencing have tremendously facilitated the search for mutated genes in cancer. However, hundreds and thousands of genes within a single cancer cell are dysregulated by processes other than mutation (e.g. transcriptionally, epigenetically, through upstream targets); and pinpointing the cancer-relevant ones among them still proves to be a major challenge. To address this problem, we have developed unique transposon tools for insertional mutagenesis in mice (Science 2010; Nature Genetics 2015; Nature Genetics 2017).

This includes large series of PiggyBac mouse lines for various applications, including constitutive, tissue-specific, dominant or recessive genetic screening. Transposon-based forward genetics allows us to discover cancer-driving molecular processes that are difficult be identified with other approaches to cancer genome analysis. We utilise these systems to uncover mechanisms of tumour evolution, metastatic spread and treatment resistance directly in vivo, in a high-throughput manner, on a genome-wide scale.

We also develop defined genetically engineered mouse models of cancer for molecular and preclinical studies. A recent example is a mouse model of BrafV600E-induced intestinal tumourigenesis, which uncovered hallmarks of genetic progression as well as targets for therapeutic intervention for this colorectal cancer sub-entity (Cancer Cell 2013).

One of the biggest challenges in the postgenomic era is to assign biological function to the >20 thousand genes in the human genome. Many aspects of gene function can only be studied at an organismal level, which is however limited by the long-time frames needed to generate and breed genetically engineered model organisms.

A focus of our ongoing work is to facilitate reverse genetics in the mouse by developing high-throughput methods to model genetic alterations in vivo. This includes (i) high-throughput conventional gene targeting, which is currently creating a mouse embryonic stem cell resource for several hundred human oncogenes; and (ii) the development of CRISPR/Cas9-based strategies for targeted somatic gene editing in various organs of adult mice.

We have, for example, recently demonstrated for the first time that highly multiplexed direct in vivo CRISRP/Cas9 mutagenesis is possible in mice; and we showed proof-of-principle applications of combinatorial somatic genome editing, including cancer induction, genetic screening or chromosome engineering (PNAS 2015; Nature Communications 2016). We have also developed a series of Cas9 knock-in mice (on a C57BL/6 background) supporting conditional Cas9 expression controlled by different promoters from the Rosa26 locus.

Our research benefits from advances in next-generation sequencing technologies, which we deploy to analyse large-scale genetic screening data (such as CRISRP/Cas9 screens or transposon screens in human cells or mice) or to analyse cancer genomes (e.g. whole-exome sequencing).

We are also providing core sequencing and bioinformatics support at the Klinikum rechts der Isar.

For inquiries regarding open PhD, MD and postdoc positions please contact by email.