The aim of our research group is to elucidate the basic principles driving inflammatory and malignant diseases in the gastrointestinal tract. 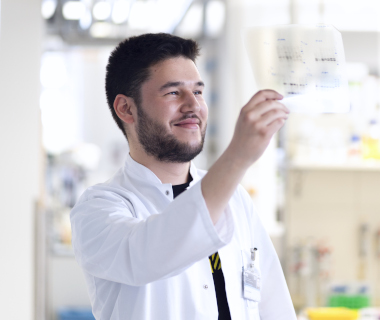 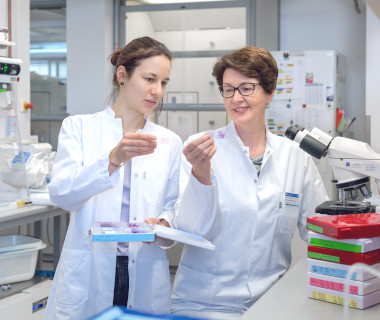 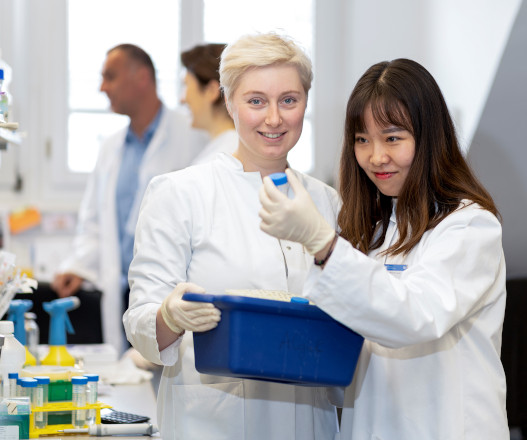 Our research group has been focused on translational research in the areas of inflammatory and malignant diseases of the gastrointestinal tract.

Key aspects of our research

Inflammation and carcinogenesis in the pancreas

This area of our research is aimed at analyzing molecular mechanisms underlying spontaneous and inflammation-associated pancreatic carcinogenesis. We aim to gain a deeper understanding of the interaction between inflammatory mediators (e.g., cytokines and transcription factors), the immune system, and pancreatic carcinogenesis. Findings relating to gene mutations and signal transduction pathways are of great importance in developing new and innovative therapies for human patients with these conditions.

Changes in metabolism, such as obesity or diabetes mellitus, are considered important risk factors for the development of pancreatic cancer (PDAC). Even though multiple epidemiological studies have provided evidence for the importance of metabolism in the pathogenesis of pancreatic cancer, basic science has only recently started to examine alterations in metabolism prior or during pancreatic carcinogenesis. Moreover, cachexia is strongly associated with PDAC, providing additional support for the relationship between metabolism and pancreatic cancer. Autophagy and macropinocytosis have emerged as intracellular regulators of metabolism. How autophagy and macropinocytosis influence cachexia is being thoroughly evaluated through in vivo mouse models of PDAC. Insight gained from these experiments may help to identify new therapeutic targets.

Sterile inflammation and fibrogenesis in the pancreas and the bile duct

Acute pancreatitis and primary sclerosing cholangitis are suitable models to study sterile inflammation and inflammatory mechanisms in the gastrointestinal tract. The connection between acute sterile inflammation in the pancreas and the appearance of multiple organ failure (e.g., lung damage), is incompletely understood and thus is one of the focus areas of our research. Additionally, we are interested in describing the mechanism of fibrogenesis during pancreatic and bile duct inflammation.